A brief history lesson: how trading changed the world and how the role of traders evolved over time

The art of trading and the theory of comparative advantage explained with pizzas and wine. And our take on the future of trading. Enjoy!

Trading in its simplest form

My personal experience with trading and the theory of comparative advantage (more on this later) started when I was about 6 years old. My dad used to work at NCR at the time and brought back home a computer for me to play with (the one with the large floppy drives). My favorite game was Railroad Tycoon, in which you would start with a European map and some dollars to invest in railroads and trains, or an interest-bearing loan if you were playing the hardcore scenario :)

The concept was simple: build profitable train lines based on supply and demand. Some parts of Europe were producing wool, much more than they could consume themselves whereas other parts had a surplus of coal, for example. Spotting these imbalances and building the infrastructure to facilitate these trades was like magic to me. But don’t create too much space on your trains, because you’ll get squeezed on the prices!

This was a very basic lesson in supply and demand, combined with the theory of comparative advantage. Below is a very simple example of that theory; Italy is most efficient in producing pizza’s, France is most efficient at producing wines. Result: both countries are better off only focusing on their expertise and using trade as a way to increase wealth. France only produces wine and trades their surplus wines with Italy who do the same for their pizza’s. The result is 2 extra wines and 3 extra pizzas with the same amount of labor!

The value of money

These barter trades are convenient when supply and demand are exactly matching. But this is rarely the case. Imagine every pizza producer would need to find a wine house to start trading with. Thank goodness we have money, allowing us to express the value of products in a number, rather than another amount of products.

Money has allowed people and companies to become masters of connecting supply and demand. Trading houses as we know them already started in the 16th century and the Dutchies played quite a vital role in that. But what are the roles of a trader, and more importantly; what will those roles look like in the future?

Trading evolved from travelling to the next village and buying goods you didn’t have in your own town, to a global transaction network between buyers and sellers. Traders play a vital role in exploring these markets, finding suppliers and customers and linking those together. A trader is basically a large matchmaker, connecting counterparties who are not aware of each other.

The trader knows that Italy is better at making pizzas and France is better at making wines, calls the Italian pizza place, the French wine house and tries to complete a deal. And yes, with that, the trader probably takes a pizza and a bottle of wine as his share for dinner!

In many commodity markets, this role has eroded over time. With ever-improving communication methods, shorter travel times and consolidation of supply and demand, the landscape becomes more transparent. Technology is simply cheaper, better and more accurate in generating matches than a person with a suit, 2 phones and an internet connection...‍‍

Finance is still a very important service that traders provide in commodity markets today. Suppliers of the raw materials like to get paid fast, whereas the buyers like credit. The producer/processor always needs to find a compromise, resulting in a suboptimal outcome for both parties.

Traders typically have a lower OPEX than a manufacturer and can therefore provide finance more efficiently. They keep track of all the payments, different buyers and sellers, and the insurance against non-payment or bankruptcy. A very labor-intensive administration, but with great value for the global trade markets. For banks, it was much easier to finance a trader than individual transactions, mainly because of operational efficiency. The traders are trustworthy and know what they’re doing.

Or do they? Due to many cases of fraud, irresponsible risks and mistakes, banks have incurred major damages in financing commodity traders. This has led to an increased demand for better insights, control and transparency from banks. Who are we really financing and what are the risks?

The black box a trader often is for banks is no longer accepted, but at the same time the banks cannot afford to look at every transaction individually. Could technology help in streamlining this problem? We believe so and we will let you know how we’ll solve that very soon!‍‍

Back to the pizza example… The Italian takes his 7 pizzas and brings them over to France. The Frenchman does the same with his 5 wines. But if they would align the deliveries, the Italian could take back the wines or the Frenchman the pizzas, saving one tround-trip This illustrates that an increase in “trade lanes” also increases the logistic efficiencies that can be achieved.

By having many buyers and many sellers in their order books, traders can optimize their logistics costs and emissions. The larger the scale, the bigger the advantages. Basically, the logistics volume of many buyers and sellers are combined by one “customer” and with volume comes discounts That’s why Amazon can ship a package much cheaper than you could with DHL or FedEx yourself.‍‍

Last but not least, traders typically have 'risk appetite'. As mentioned in the finance example, this could lead to unpleasant situations, but a healthy appetite for risk stabilizes markets. It comes in different forms:

‍Future role? / The future of traders

Are you still with us? In short, a trader combines a whole array of services into 1 package, serving both the buyer and the seller. Leveraging the lack of knowledge, volatility of product availability and transparency in combination with buying power and economies of scale, traders have been thriving over the last 50 years.

But the rearview mirror doesn’t say much about what’s coming at you. Technology is disrupting many markets by making services accessible on a pay-per-use basis. Financing, shipping and connecting supply and demand have become much easier thanks to technology. This will help producers to find and service their customers directly and efficiently. For buyers it’s becoming easier to find the right product and match with the right supplier. Also for the value-added services of finance, logistics and risk management, solutions are available on demand. The package provided by a trader is being unpeeled, broken down into pieces and offered by the experts in that particular field.

We believe in an open ecosystem in which every player focuses on their core business. Just like the Italian pizza producer and the French wine house. Because in that way, everyone benefits!

So what about the traders? Are they slowly dying? We really don’t think so. Like in many industries, the middleman will be forced to re-invent themselves. We see many traders moving towards an asset-based strategy. Controlling the supply, managing risk for farmers and valorizing the raw materials in the best possible way. And that is something traders can do better than anyone because of their market knowledge, agility and intelligence. Just leave the easy bits to technology and focus on the smart part...

Get a live 1:1 demo and your questions answered with one of our customer champions. 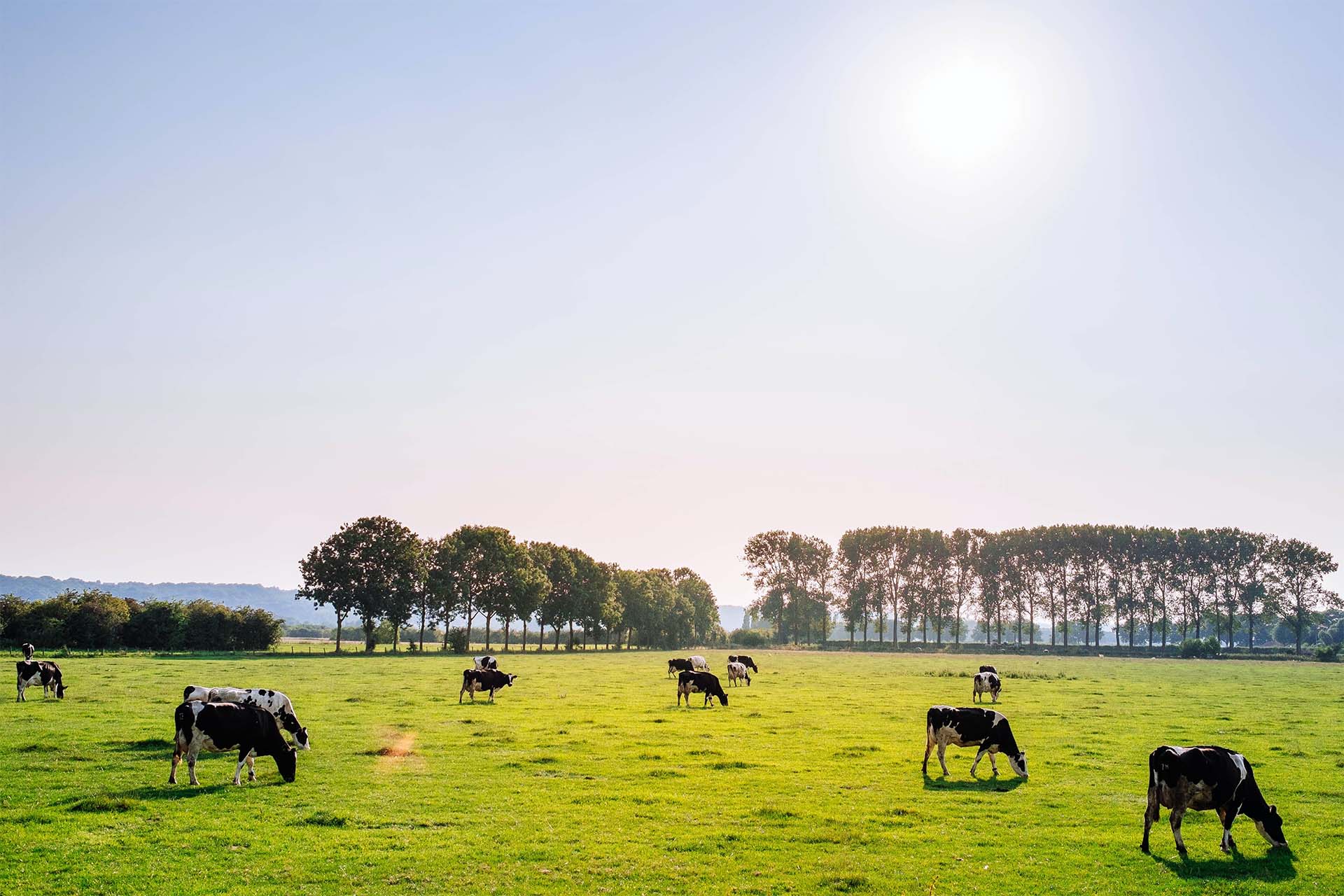 The evolution of dairy

Milk has been around for more than 10.000 years, but its position is under discussion more than ever. Where did it all start? And what does the future of milk look like? 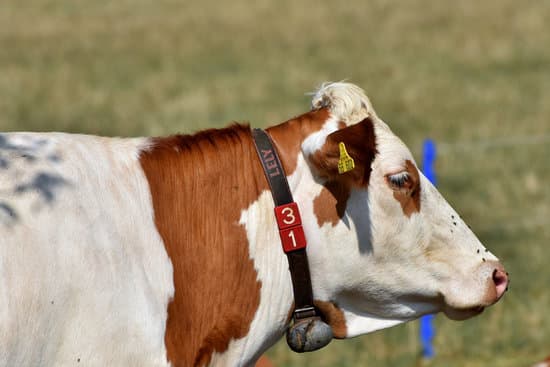 A bit of background for those of you wondering what all the fuss is about :)